Mom of the Month Spotlight with Kelley Miller – Presented by RibCrib

Kelley Miller is a mother of two student-athletes from Carl Albert High School. Oldest daughter Kessley graduated from Carl Albert in 2017 while son Kasen is a sophomore and a member of the varsity wrestling team.

After graduating from Carl Albert, Kessley attended Rose State College before completing her degree at the University of Oklahoma in 2021.

Miller has turned her attention to helping the wrestling team and supporting the student-athletes in various ways.

“I volunteer with the wrestling team by mainly helping prepare the food and snacks for them at tourneys and duals. There are several moms, dads, sisters and guardians of our team that do as much as I do,” said Miller. We have past Titan wrestlers and their parents that have come back to help too and Coach Hodges’ wife, Darla. We are truly blessed with an incredible wrestling family. This Titan wrestling team has something special. It’s indescribable! I’m so blessed to be living it. God definitely has is hands on us.”

Miller said it’s important for parents to support their students in sports or whatever activities they are involved in.

“In my opinion, it is so important for parents to be involved in their kids’ lives and activities to provide them a solid foundation or roots. I’m so blessed to be married to the love of my life for almost 30 years. We met in 1983 and guess what…he was a wrestler,” said Miller. “I have a love for wrestling. I lost my mom to cancer in 1984 and soon after that I started high school at Midwest City. I was selected to be a “matmaid” (now known as managers) for the Bomber wrestling team. I instantly felt part of the team.”

Miller said the team was her support during that tough time of her life.

“The Bombers had outstanding wrestlers and an incredible coach, Kenny Nelson, during this time in 1986-1988. We were ranked No. 4 in the Country. I always had my eye on Carl Albert Titan Wrestling and Kevin Miller during that time too. I still remember being in Gallagher Iba Arena at OSU in February 1987 and watching Kevin win state at 115-pounds,” said Miller. “Kevin has always continued to help out coaching since he graduated from Carl Albert. Together, Kevin and I have a true love for wrestling and now our son wrestles for the Titans. Our hope is to not only provide “roots” for our son, Kasen, but every single one of our Titan Wrestlers. And as always, as our awesome Titan Coach Hodges says, “3PS!”

Away from the mat, Miller said the family enjoys spending time at Texhoma Lake with friends and family.   “I am so thankful to God for my incredible life. Even though I’m a Bomber, I feel I’m an adopted Titan and I couldn’t be more proud of that. A huge thank you to our Titan Principal, Kristin Goggans and our Titan Wrestling head coach Curt Hodges for providing and incredible school and team. Once a Titan, Always a Titan!” 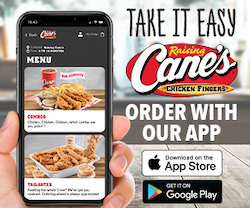